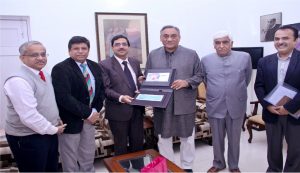 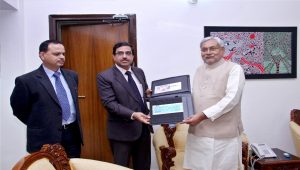 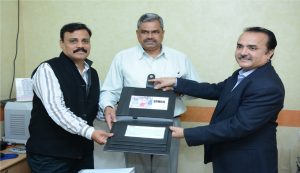 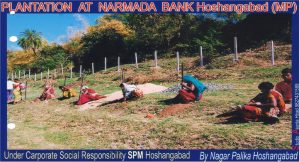 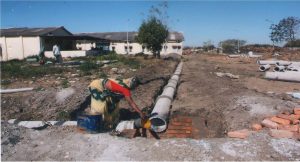 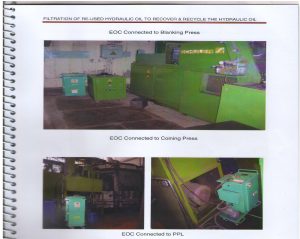 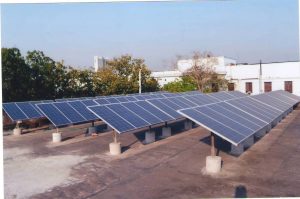 Norms for discharge of functions[Section 4(1)(b)(iv)]

Minting of coins, medallions and other work allocated by the Govt.of India or SPMCIL.

This Mint Functions under SPMCIL and extracts its mandate from the Coinage Act, 2011

3. Time-limit for achieving the targets

The target fixed by Ministry of Finance/SPMCIL shall be completed within the time prescribed by the respective authorities.

Process of redress of grievances

No. Of employees against whom Disciplinary action has been proposed/ taken

Title and nature of the record/ manual /instruction. List of Rules, regulations, instructions manuals and records.

In Pursuance of Section 4(1)(b) of the RTI, Act- 2005, the information with respect to various Policies/Rules/ Manuals held by different Departments and sections are being uploaded as a Pro-Active Disclosure.

भारत सरकार टकसाल, हैदराबाद (तेलंगाना)
In Pursuance of Section 4(1)(b) of the RTI, Act- 2005, the information with respect to various documents held by different Departments and sections are being uploaded as a Pro-Active Disclosure.

In Pursuance of Section 4(1)(b) of the RTI, Act- 2005, the information with respect to allocation of work among officials pertaining to different Departments and sections are being uploaded as a Pro-Active Disclosure.
Click the below Links:

भारत सरकार टकसाल, हैदराबाद (तेलंगाना)
In pursuance of the Pro-Active Disclosure Norms of the RTI Act-2005. List of Tenders Advertised and Awarded for the year can be known by clicking the links given herein:(Updated on Daily basis on all working days).
लिंक देखें

FILE CONTAINING RTI REQUESTS RECEIVED AND DISPOSED OF BETWEEN 01.01.2020 TO 31.12.2020 AS PER THE PROVISIONS OF THE RTI ACT
RTI REQUESTS AND INFORMATION PROVIDED AS ON 31

The powers and duties of officers


In 1903, the whole process of minting was overhauled on the lines of European Mints and Mint was moved to Saifabad, from Darush-Shifa, in the premises which it occupies to this day. The new building was erected at a cost of Rs.2,67,424/-and modern machinery and equipments was installed to the value of Rs. 4,89,906/- thus bringing the total cost upto Rs. ,57,330/-. This has since been added from time to time.
In 1948 the State of Hyderabad came under the control of Government of India. The Nizam of Hyderabad was made Raj Pramukh. Minting of Osmania Sicca was continued in Saifabad Mint until middle of fifties. Thereafter, Government of India introduced decimal coin in 1957, soon manufacturing of 12 paise, 2paise, 3 paise, 5paise, 10 paise, 25 paise and 50 paise was taken up. Administratively, Hyderabad Mint was under the control of Bombay Mint from 1948 to 1962. Thereafter Hyderabad Mint functioned independently and reported directly to the Ministry of Finance, Department of Economic Affairs, under the Government of India, New Delhi. Over the years there have been many changes in machinery as well as coinage alloys. A second shift in night was introduced to enhance production. The strength of staff and workmen rose to nearly 1200. The production touched 2.0 million pieces per day. Initially, lower denominations up to 50 paise were struck in Hyderabad Mint. Slowly, with the increase in demand of higher denominations, Hyderabad Mint took up production of Rs. 5, Rs. 2 and Rs. 1 etc. at par with other Mints. As a result Mint had to handle increase in volume.The present space was found to be cramped with more metal and men. Also old machineries required to be replaced and technology was required to be upgraded in line with modern trend in the world to churn out more and better quality of coins. In 1991 Government of India decided to go for ambitious modernization programme for three Mints at Bombay, Calcutta and Hyderabad. Since the space in the present Mint was not sufficient it was decided to build a New Mint altogether at Cherlapally and to shift activities from Saifabad to the new place. Accordingly, a new Mint was equipped with new advanced machineries at Cherlapally on 20th August, 1997. All the operations which are hazardous to environment have been shifted to Cherlapally.
Name and address of the Organization
INDIA GOVERNMENT MINT, IDA Phase-II, HCL Post, Cherlapally, Hyderabad-500 051.
Head of the organization
Dr.Jyoti Prakash Dash, Chief General Manager
VISION, MISSION and KEY OBJECTIVES
• Improvement in work culture.

• Change in production patterns so as to exploit technology advancement.

• Meeting fully the requirement of Central Government and State Governments for security products and
Currency and coin indents of RBI.

• Achieve cost effectiveness and move towards creation of Profit centers.

• Improvement in quality of products.

• Change in the production patterns.

• Indigenization of inputs, specially security paper and ink.
FUNCTIONS & DUTIES
• The Unit Mints Coins of various denominations under the Coinage Act, 2011 as per the indent received from RBI/Ministry of Finance/SPMCIL. In addition Medals, Medallions for Police, Government Departments, Universities are made. Further, Gold & Silver assaying is also done for various Stake holders
ORGANIZATION CHART
• CLICK THE LINK TO VIEW THE ORGANIZATION CHART
ORGANISATION STRUCTURE

Norms set by the company for discharge of its function

भारत सरकार टकसाल, हैदराबाद (तेलंगाना)
The Company has well defined procedures and guidelines for smooth operations and its officers discharge their respective functions within the norms set through:
• Delegation of Powers issued to the Chairman & Managing Directors, functional Directors and to the officers of the Company at various levels. The exercise of powers should not infringe upon different provisions of the Companies Act, Government Guidelines and any other statutory/regulatory requirement. The delegation of powers is subject to observance of Memorandum of Association, Articles of Association, relevant policy, guidelines and administrative instructions of the Company.
• Policies and Guidelines issued by the Company.
• Manuals/Instructions. The Company has procedural manuals covering all important activities viz. Personnel Manual, Accounts Manual and Internal Audit Manual.
• Guidelines of Department of Public Enterprises.
• Guidelines of Chief Vigilance Commission.
• Listing requirement.
• Compliance with provisions of Statutes, etc.

The rules, regulation, instructions, manuals and records, held by it or under its control or used by

भारत सरकार टकसाल, हैदराबाद (तेलंगाना)
The various categories of documents that are being held by the Company or under its control are given below:
(A) Memorandum & Articles of Association of the Company

(B) Books of Accounts maintained by the Company

(C) Annual Returns and Statutory Registers under the Companies Act, 1956

(D) Annual Reports of the Company
(E) Memorandum of Understanding (MOU) with the Ministry of Finance, Government of India

The particulars of any arrangement that exists for consultation with or representation by, the members of the public in relation to the formulation of its policy or implementation thereof

भारत सरकार टकसाल, हैदराबाद (तेलंगाना)
All Policies are formulated by the Administrative Ministry i.e. Ministry of Finance and SPMCIL Headquarters. Therefore, India Government Mint, Hyderabad does not have any arrangement for consultation with members of the public in formulation of its policies or implementation thereof. However, all its policies are formulated in compliance with provisions of applicable statutes, regulations, guidelines, etc.

Directory of its officers & employees

The Monthly remuneration received by each of its Officers and Employees, including the system of Co

Designations are illustrative depending on the Functional area the employee is working. Company is under obligation to changeover to IDA pattern of Pay Scales in consultation with the Unions
Level, Designations and Pay Scales of Executives and Non-Executives

The budget allocated to each of its agency, indicating the particulars of all plans, proposed expenditures and reports on disbursements made

The manner of execution of subsidy programs including the amounts allocated and the details of beneficiaries of such programs.

Particulars of recipients of concessions, permits, authorizations granted by it.

Details in respect of the information available to or held by it, reduced in an electronic form.

The particulars of facilities available to citizens for obtaining information including the working hours of a library or reading room, if maintained for public use.

भारत सरकार टकसाल, हैदराबाद (तेलंगाना)
No Library or Public Reading Room is available for access to the Public in General.

The name, designation & other particulars of the Public Information Officers

Such other information as may be prescribed and thereafter update these publications every year. 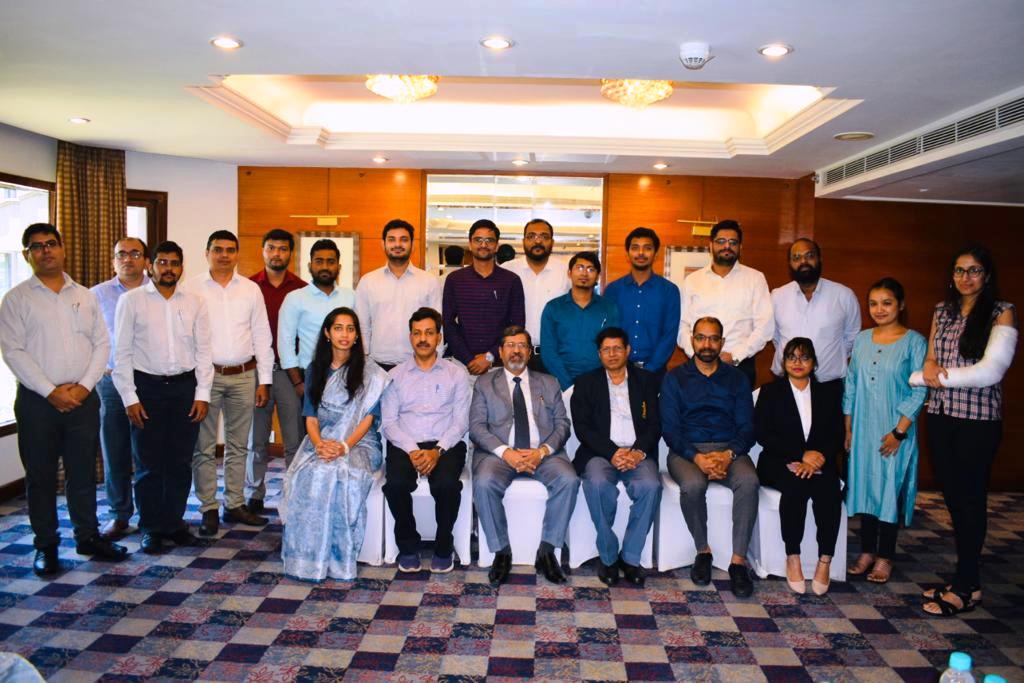 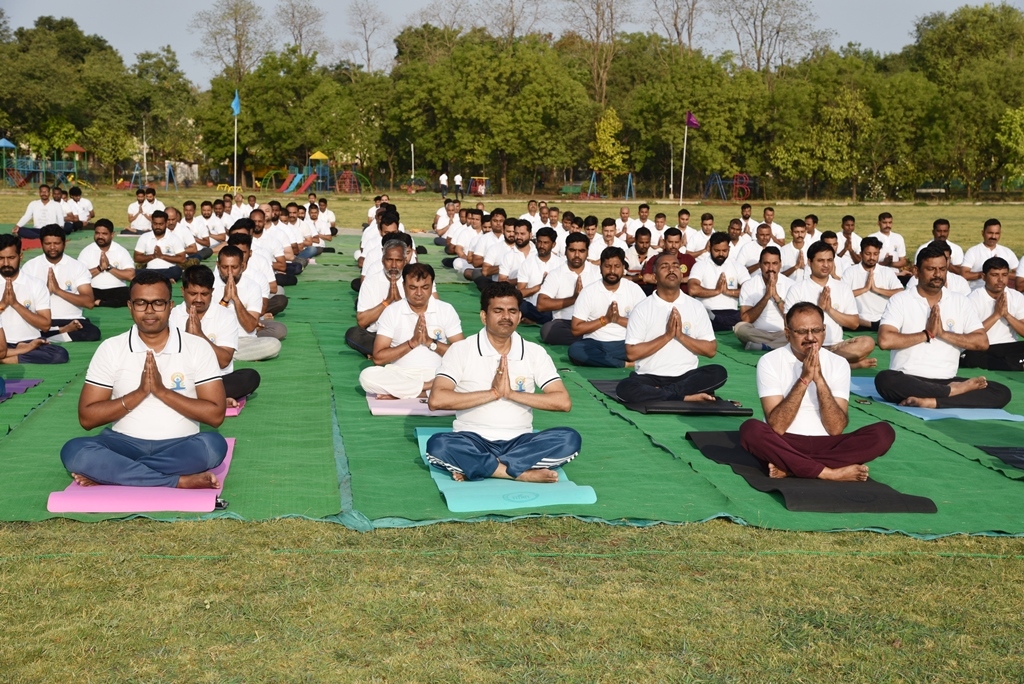 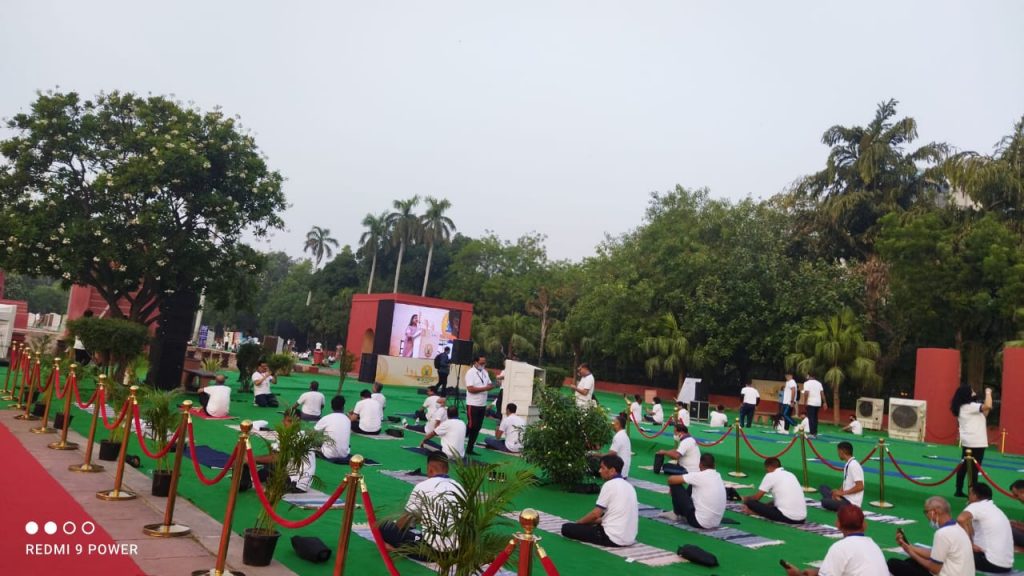 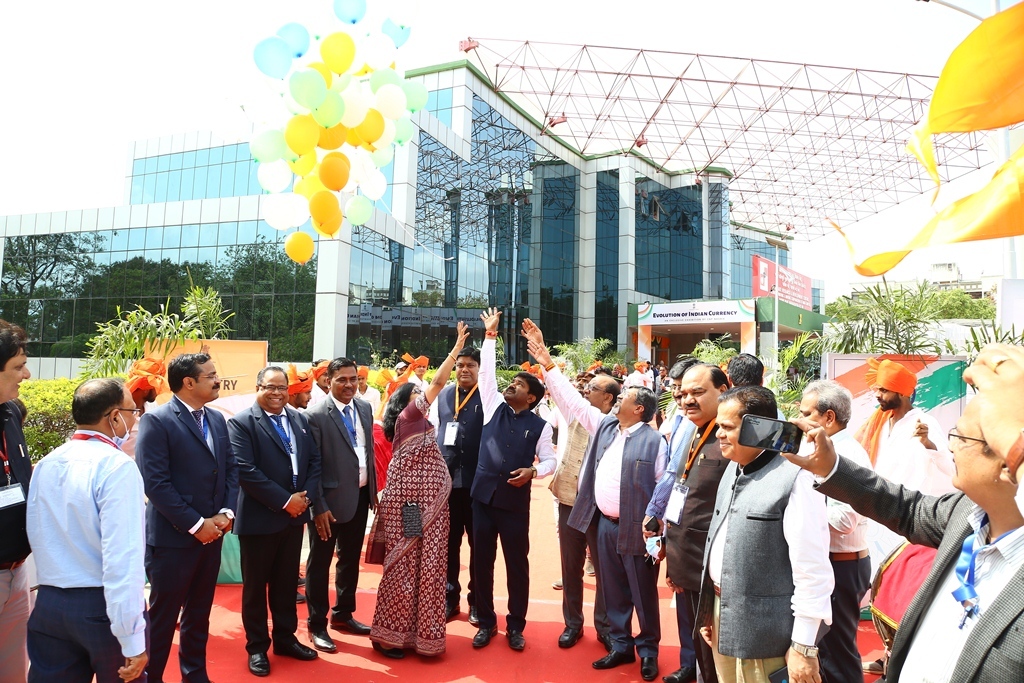 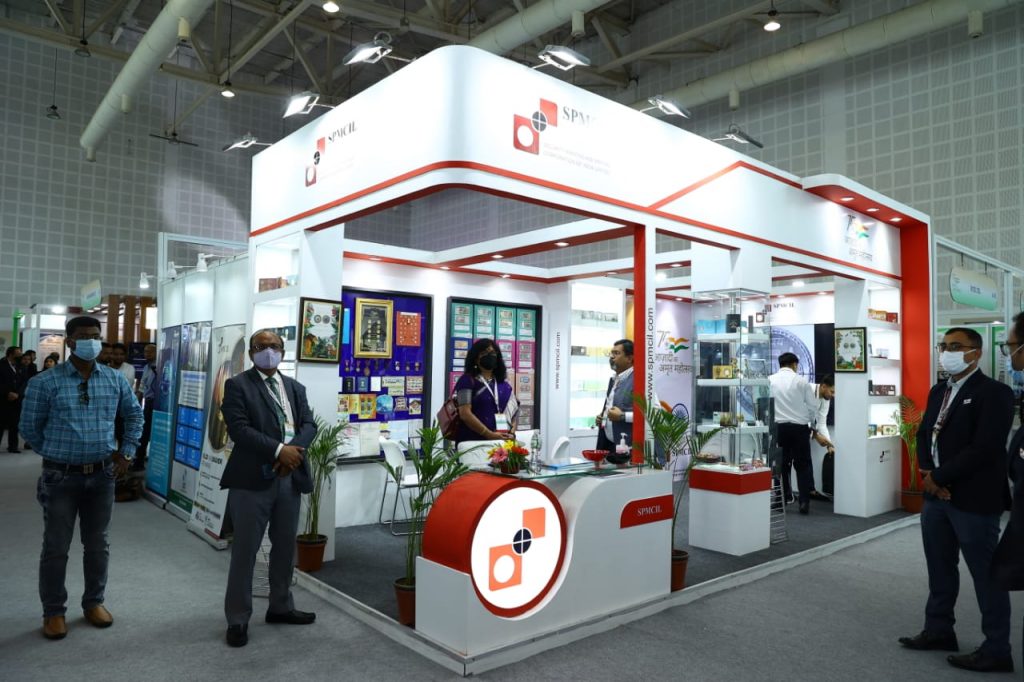 Participation in AKAM event of DPE, Govt. of India at Gandhinagar, Gujarat 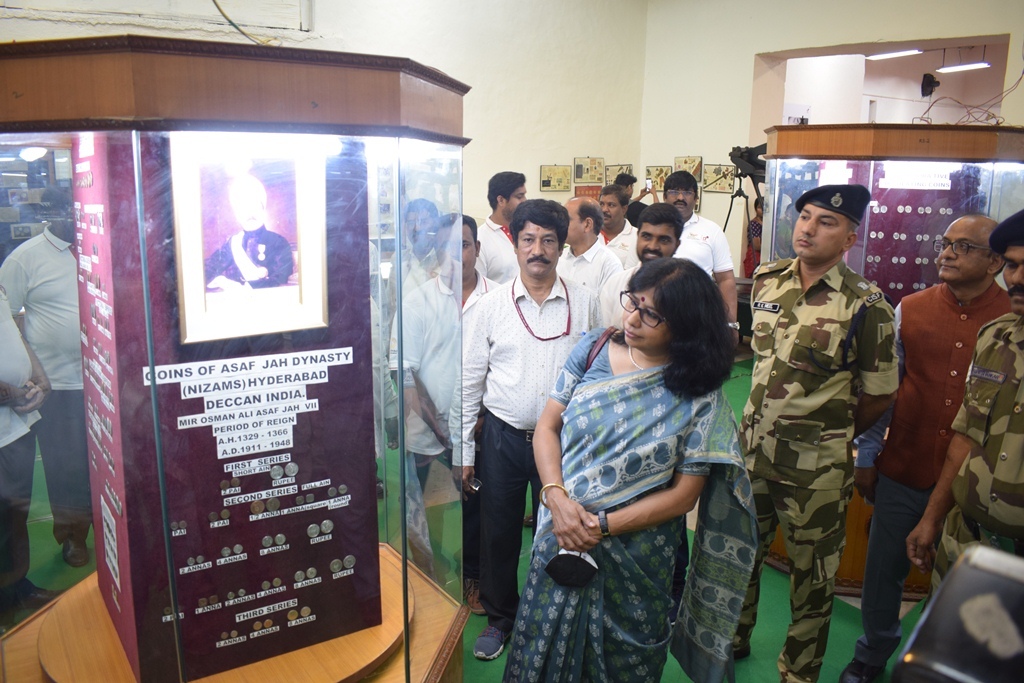 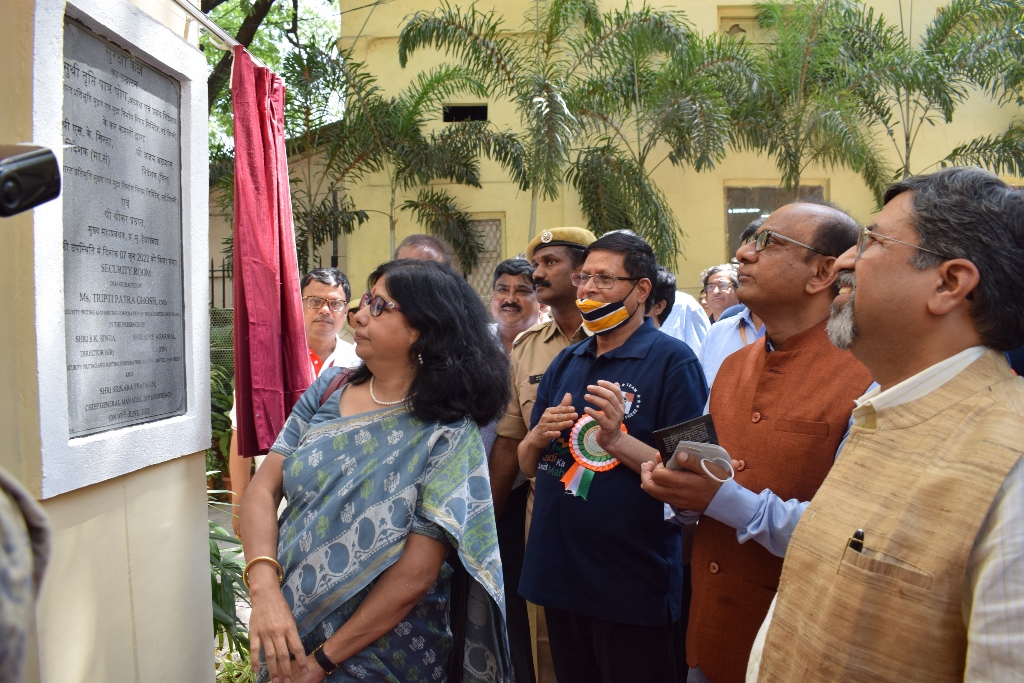 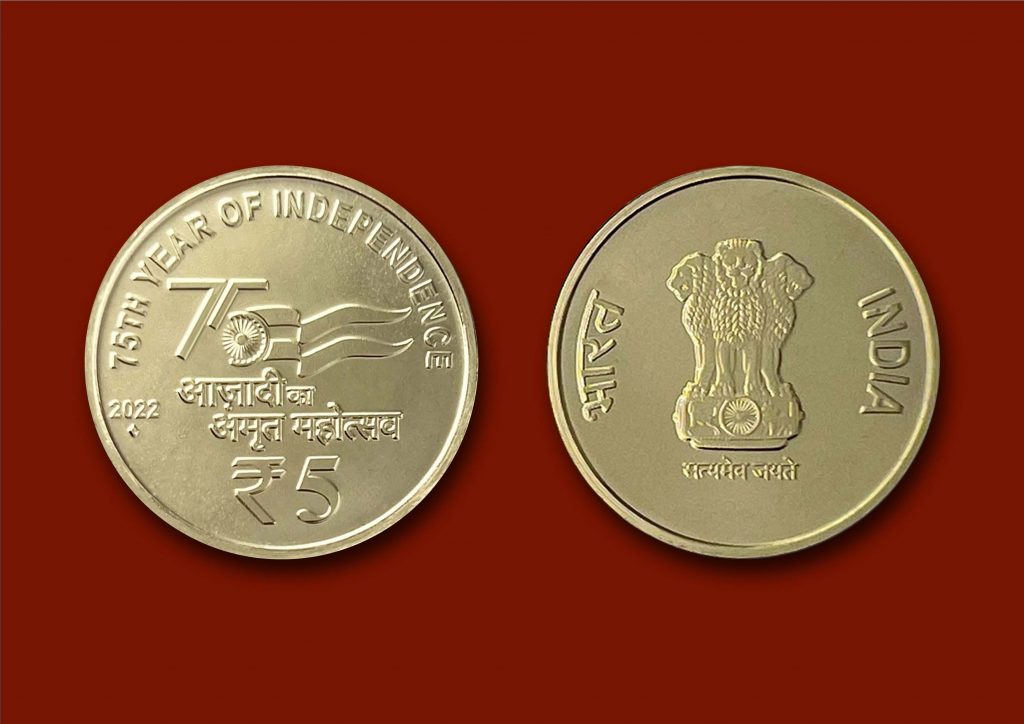 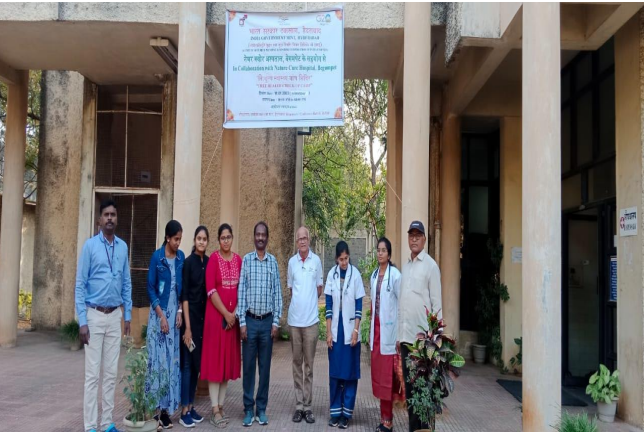 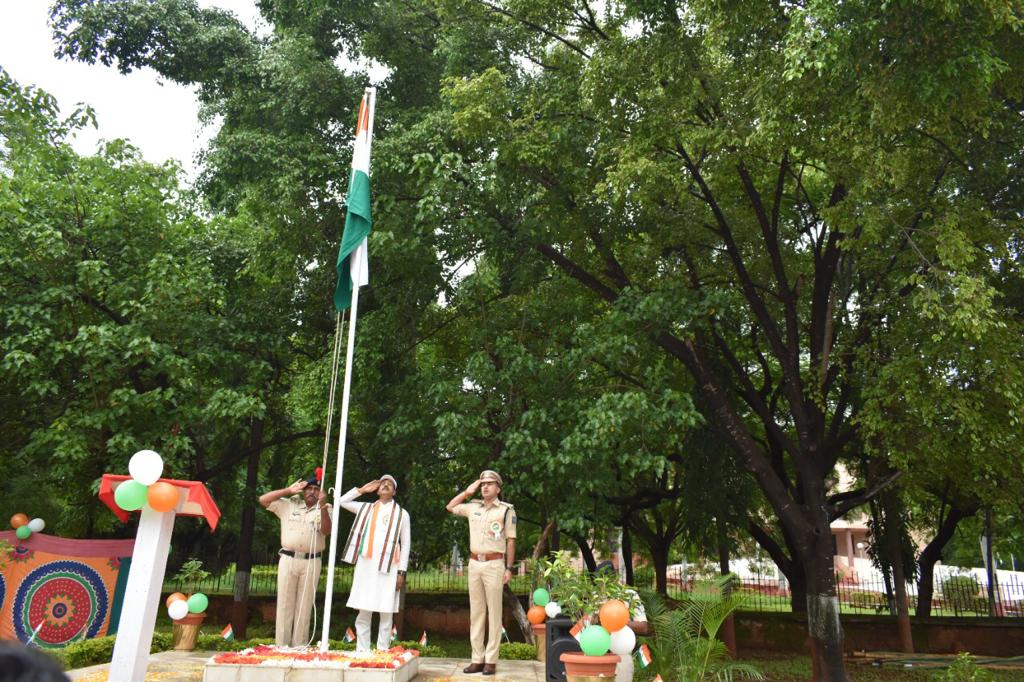 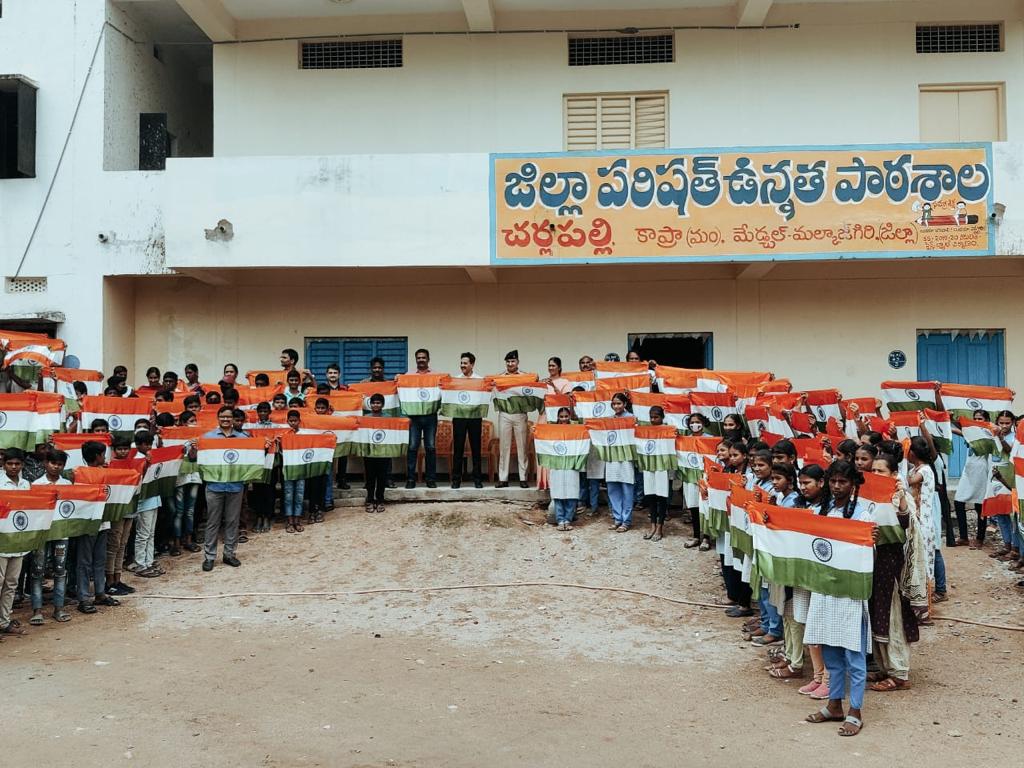 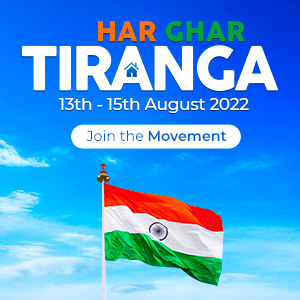 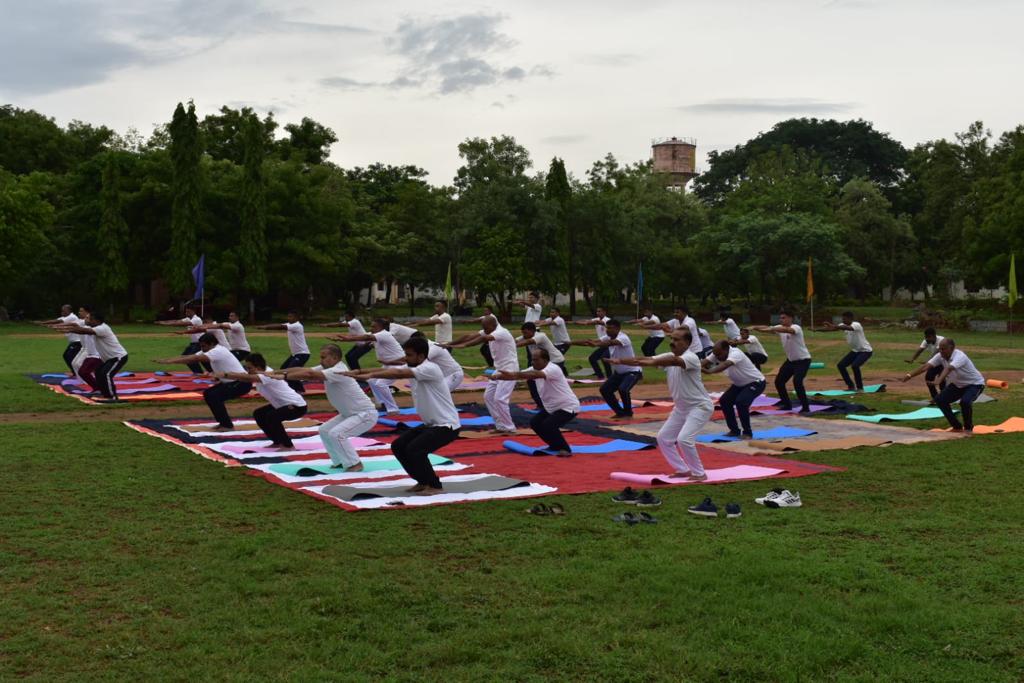 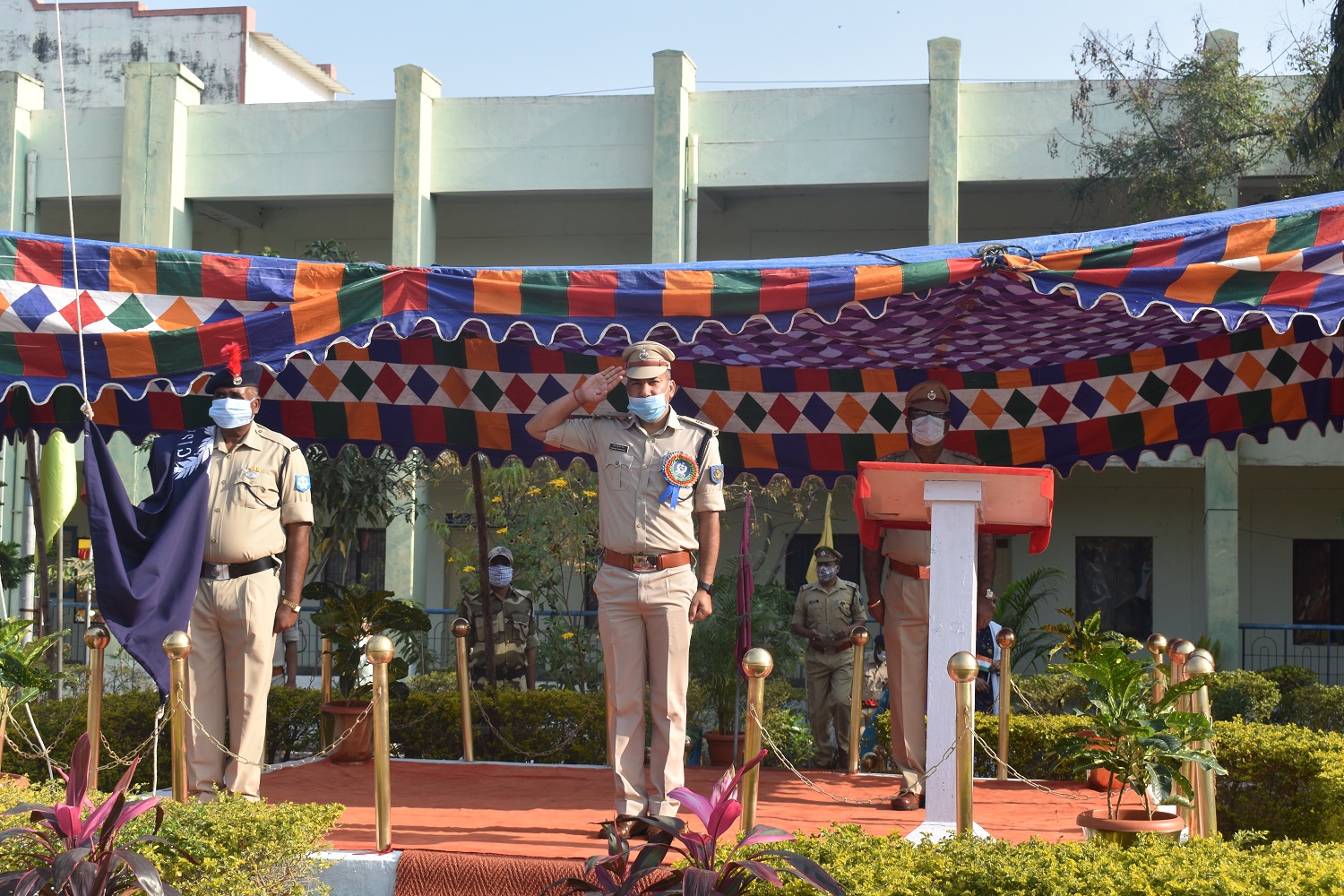 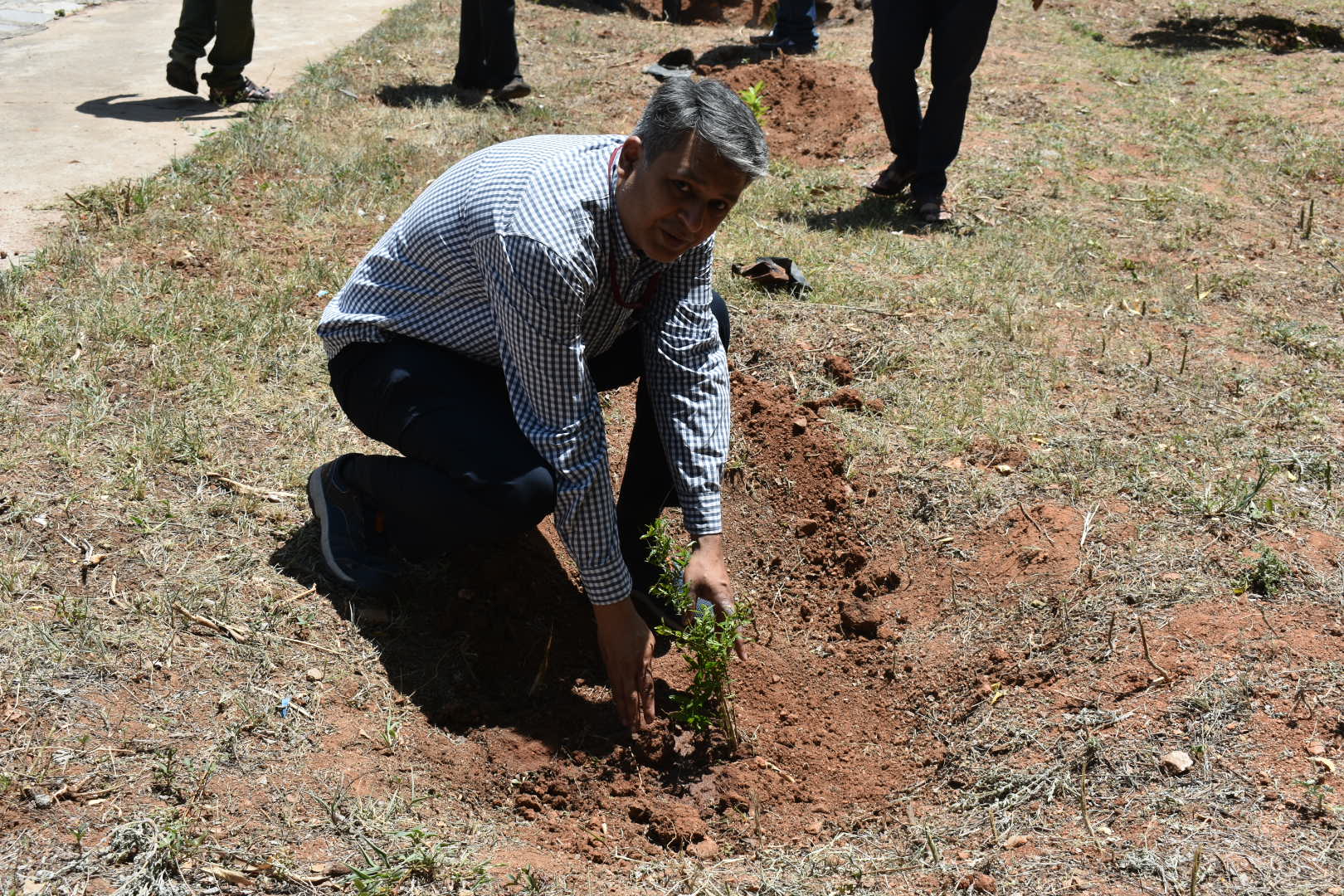 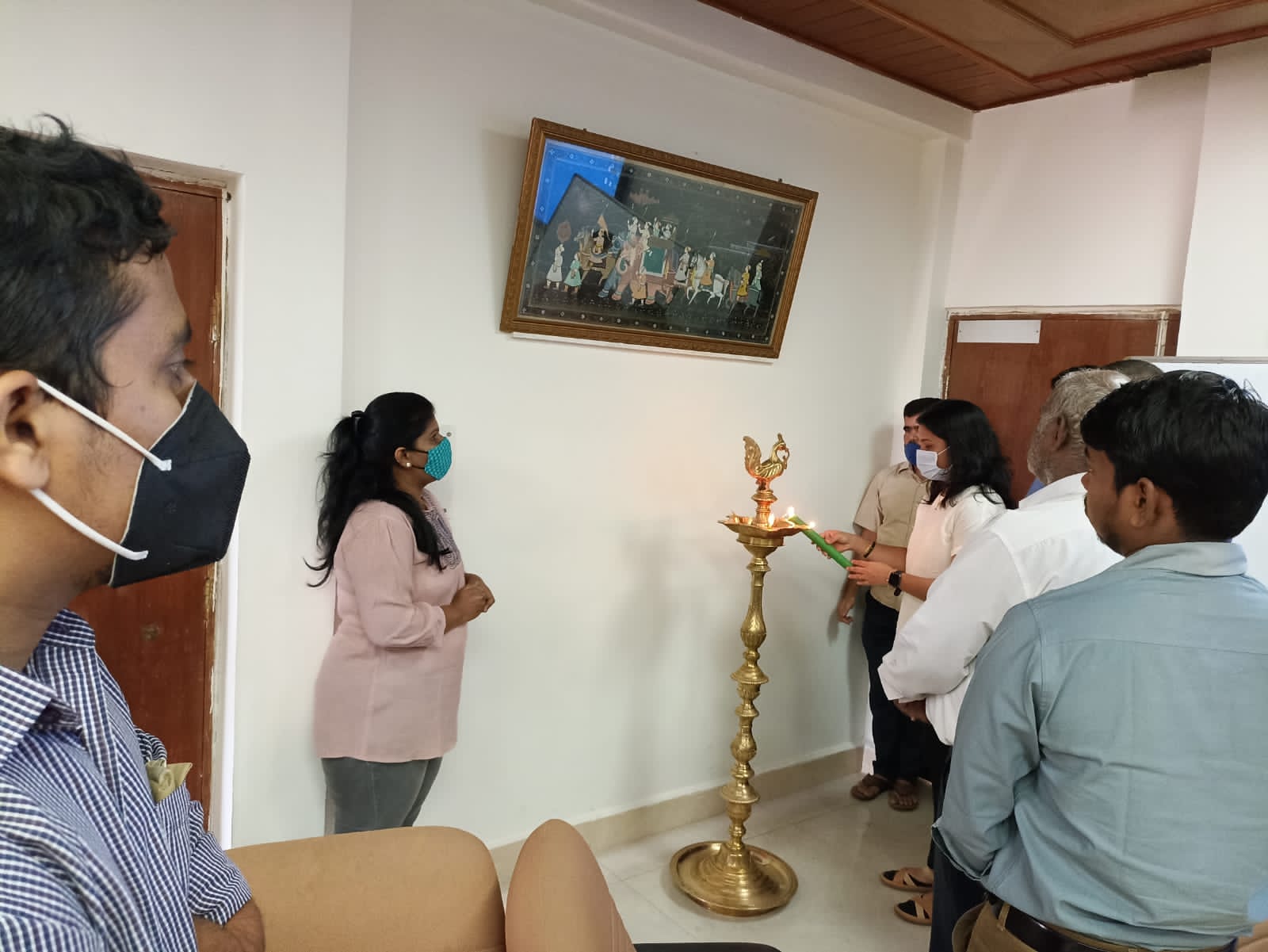 Application Maintained And Hosted By Tevatron